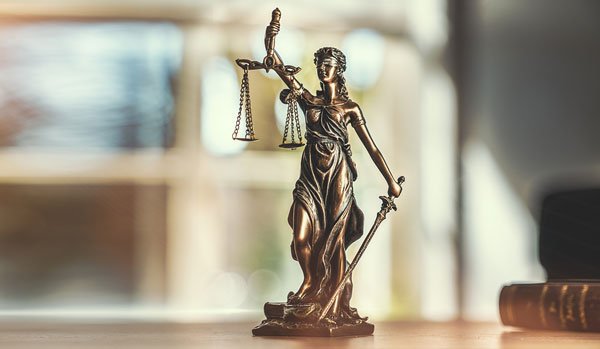 America is all about freedom: The freedom to live where you want, vote, raise a family, work at your chosen profession, spend your time in preferred activities and go peacefully about your business. But what happens when those freedoms are infringed on? What if YOU or someone you love is hurt due to someone else’s negligence or actions?

Certainly you should contact a top personal injury law firm such as Davis & Ferber LLP to evaluate your case and represent you in court. Just compensation can help cover present and future medical bills and provide vital financial security for your family in the case of lost income and other life changes.

You have the right to a legal remedy, a trial by jury and procedural fairness. In most personal injury lawsuits, injured plaintiffs request a specific amount of compensation to cover their pain and suffering. This is to warn you that there are those who would control and limit the amount of compensation you may be awarded.

Currently there are no federally-imposed limits for pain and suffering damages in most personal injury cases. But did you know that some STATES are considering or have already enacted a cap on damages awarded for pain and suffering? Maryland, for example, has a cap of $350,000. California and Ohio each have a cap of $250,000 maximum. Alaska limited damages to $500,000 unless in the case of physical impairment or disfigurement. Alabama made a cap of $400,000 (but this was later ruled unconstitutional in regard to medical malpractice cases.)

In all, 30 U.S. states have limited pain and suffering damages in some way. New York is not among them – yet.

The larger question is: Do state governments have the right to interfere with your case and limit the compensation you are entitled to?

I say NO. These blanket caps do not take into account the specifics of your case or financial needs.

In fact, I would argue that caps are limiting your legal rights and recourse for just compensation. Will $250,000 truly compensate you for the loss of a limb or other serious injury? Furthermore, imposed limits may discourage attorneys from accepting otherwise worthy cases.

It’s important for New Yorkers to keep their right to just and fair compensation. Consider these recent actual cases in other states:

*Ex-neurosurgeon Christopher Duntsch will spend the rest if his life in jail for killing and maiming patients. The Memphis native was convicted for his behavior in Texas operating rooms; bungling surgeries which resulted in two deaths and multiple cases of paralysis.

*On June 2, 2016 two nurses were indicted after being caught on video surveillance ignoring an injured patient at Peninsula Nursing & Rehabilitation Center, Far Rockaway, NY. A disabled patient fell in the hallway of the facility, injuring his head and jaw.

*The Government Accountability Office and Food & Drug Administration report hospitals are failing to disclose when medical devices injure or kill patients by spreading cancer cells throughout their bodies or infecting them. Federal regulation requires hospitals and doctors to notify the FDA of these adverse events immediately, but that regulation often goes ignored or delayed.

According to the National Center for Health Statistics, over 31 million injuries occur to people throughout the U.S. each year that require a doctor’s care, and almost two million people sustain injuries that require some degree of hospitalization, and 162,000 people die from their injuries. The National Highway Safety Administration reports that over three million injuries and 40,000 deaths occur from the 5.5 million car accidents in the U.S. annually. Construction accidents cause another 300,000 personal injuries and 1,000 deaths. Medical mistakes take the lives of up to 987.000 people each year. Given the high number of injuries and accidental deaths in the U.S. each year, liability for these incidents is often disputed, which leads directly to injury claims and litigation.